Beaverslide Hay Stackers On Saturday, July 23, 2011 former Montana Senator Bill Tash spoke in the historic “small cabin” at Crail Ranch. He presented the history of the iconic Montana hay stacker known as the Beaverslide and its importance to Montana ranchers. 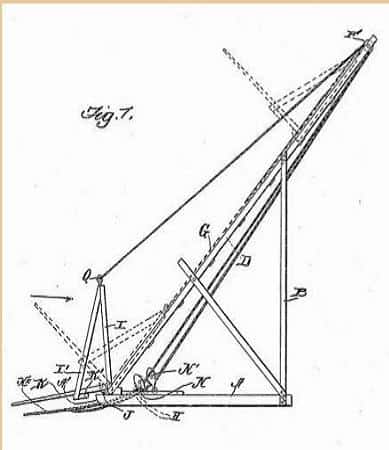 When Augustus Franklin Crail brought his family up the canyon to the Gallatin Basin in 1902, he came with the idea of creating a real ranching operation. He raised sheep and cattle and grew hay as a means of sustaining livestock over the long winter. 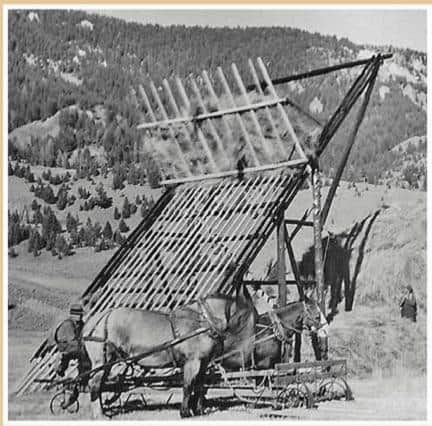 A 1910 invention by two ranchers in the Beaverhead Valley, a hay stacker dubbed “the beaverslide,”  made haying far more efficient, allowing 15-20 tons of hay to be stacked in a single massive stack. Haying season was labor-intensive on the Crail Ranch and elsewhere in Montana. The short growing season and Montana weather made an efficient haying operation crucial.