BSCO’s parks and facilities help Big Sky locals and visitors enjoy year-round access to places and programs that enhance quality of life. From open space to playgrounds, picnicking to creative workshops, waterfalls to ice hockey, there’s something for everyone to experience in Big Sky’s parks.

Help Care for our Local Parks. BSCO cares for 100 acres of parkland and facilities thanks to the support of generous donors and dedicated community volunteers. Your donation helps maintain and expand accessible, well-maintained, and safe ways to recreate in Big Sky.

The Big Sky Community Organization acquired an additional 36 acres of park land adjacent to the existing softball fields in 2006.

After a one-year community park master planning process funded by Resort Tax and a matching grant from the Trust for Public Land, the dream for an expanded park located in the heart of Big Sky with amenities encouraging recreation in all ages and abilities while building community was crafted. Today, the now 44 acre Community Park is an ideal location for the young and the young at heart, to gather and play – summer, winter, and all times in-between. The park is home to Camp Big Sky based out of a year-round yurt on the East Side of the park. The park is open from sunrise until 10 pm daily.

This breathtaking open-space park was acquired in 2003 and is a favorite of both locals and visitors.

Ousel Falls Park encompasses a waterfall, several beautiful picnic and overlook areas, and the South Fork of the West Fork of the Gallatin River. The park is accessible from the Ousel Falls Trail which provides access to the Custer Gallatin National Forest via the First and Second Yellow Mule USFS Trails. With the beauty and accessibility of this park and trail, you will find something for everyone.

Donated in 2008 by the Kircher Family this open space park is a secluded sanctuary on the banks of the South Fork of the West Fork of the Gallatin River. 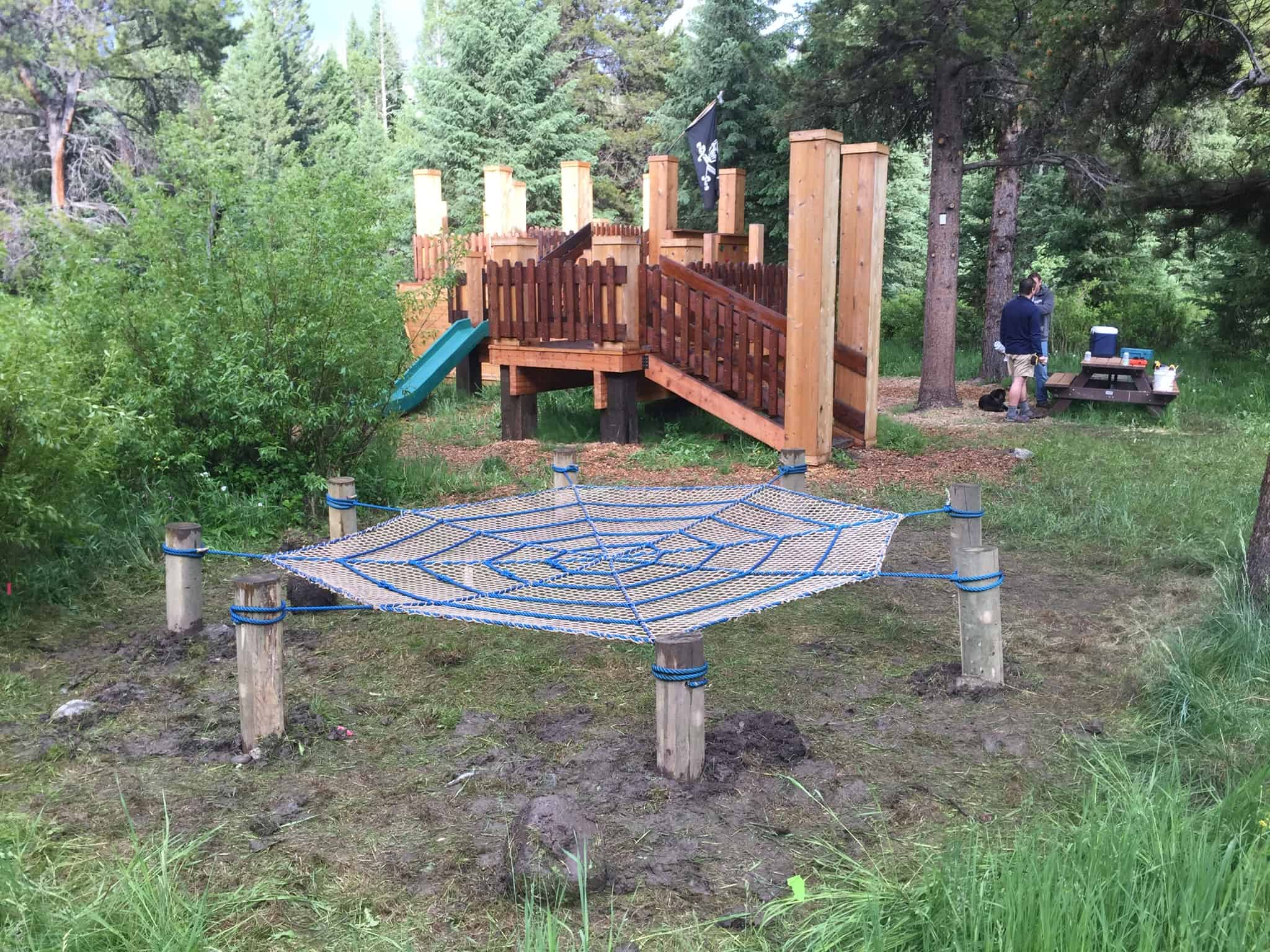 Kircher Park is great for both picnicking or fishing with easy access to several sites along the river. Access to the park is on the Kircher Trail a .3 mile one-way gravel sloped trail connecting to the Lone Peak Trail.

In the fall of 2017, a 500 square foot Tree Fort was finished providing a centerpiece that everyone will enjoy. The fort features multi level decking,  slides and a climbing wall.

Directions: The Kircher Park is located at 1964 Lone Mountain Trail. There is no parking lot. Park in the Meadow Village, use the crosswalk at the junction of Lone Mountain Trail and Little Coyote Rd or access via the BSCO Lone Peak Trail then down the Kircher Trail starting at the trailhead. 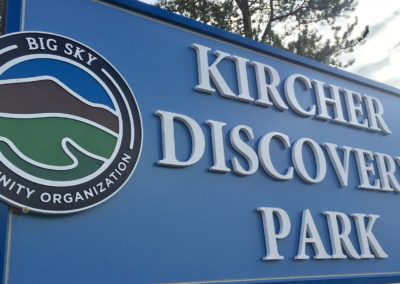 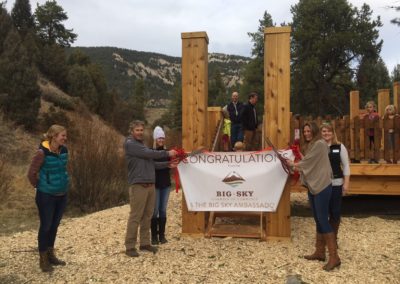 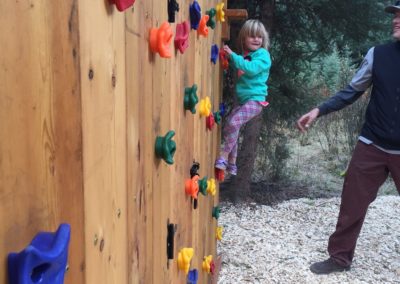 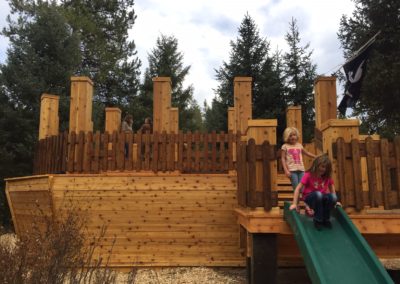 3.3 acres of green open space in the heart of Big Sky Town Center.

What’s in a Name?

Did you know that Len Hill Park, where hundreds gather each week to watch Music in the Mountains and participate in the many seasonal family events and activities our community hosts, was slated to be a condominium complex? The license to operate the land in the center of Big Sky as a park was set to expire in 2023 and condominiums were planned. In 2018, thanks to the foresight of BSCO and community members like Patricia Gordon, MD, the Leonard Hill Charitable Trust, in-kind support from the Simkins family and 15 additional donors, Big Sky was able to keep the centrally located land for community use in perpetuity—including the park and land that the community center, BASE, sits on.

In July 2021, the park was officially reopened as Len Hill Park, a tribute to Leonard “Len” Hill and his passion for preservation and Big Sky. Hill was a prolific producer and writer with over 30 years of experience in the film business, turned real estate developer and philanthropist who died in 2016 at the age of 68.

After enjoying success in the film industry, Hill made a career switch to real estate development with a focus on preserving neighborhoods in his hometown of Los Angeles. By transforming neglected and abandoned buildings into new housing and commercial developments, Hill successfully revitalized neighborhoods and created community. In 2007, he established the Leonard Hill Charitable Trust. With a passion for good design and a commitment to revitalizing neglected neighborhoods, Hill continued to invest in projects that highlighted Los Angeles’ character, including funding a nearly $2 million project to create an arts plaza complete with performance stage under the Sixth Street Bridge.

Hill and his wife, Dr. Patricia Gordon, put down roots in Big Sky in 2006 and were active members of the community. Residing in the Yellowstone Club, the two enjoyed skiing and golfing, and giving back to their community. They donated $500,000 to help fund the building of the Big Sky Medical Center in 2015 and when Dr. Gordon learned that the town center parkland was to be sold for development, she knew that preserving this as open space for all to enjoy was the perfect way to honor her late husband and his passion for community and Big Sky.

The starting point for adventures up into Beehive Basin!  RT & Ralph’s Nature Preserve, protects the precious wetlands and meadows you pass through on the USFS trail.

Directions: The RT & Ralph’s Nature Preserve is located on Upper Beehive Basin Road. From Hwy 191, turn onto Lone Mountain Trail (Hwy 64) and continue 10 miles to Beehive Basin Road on your right (30 yards before the turnoff to Moonlight).  Turn right and drive 2 miles to the posted trailhead on your left and designated parking lots. Four-wheel drive highly recommended for winter access. 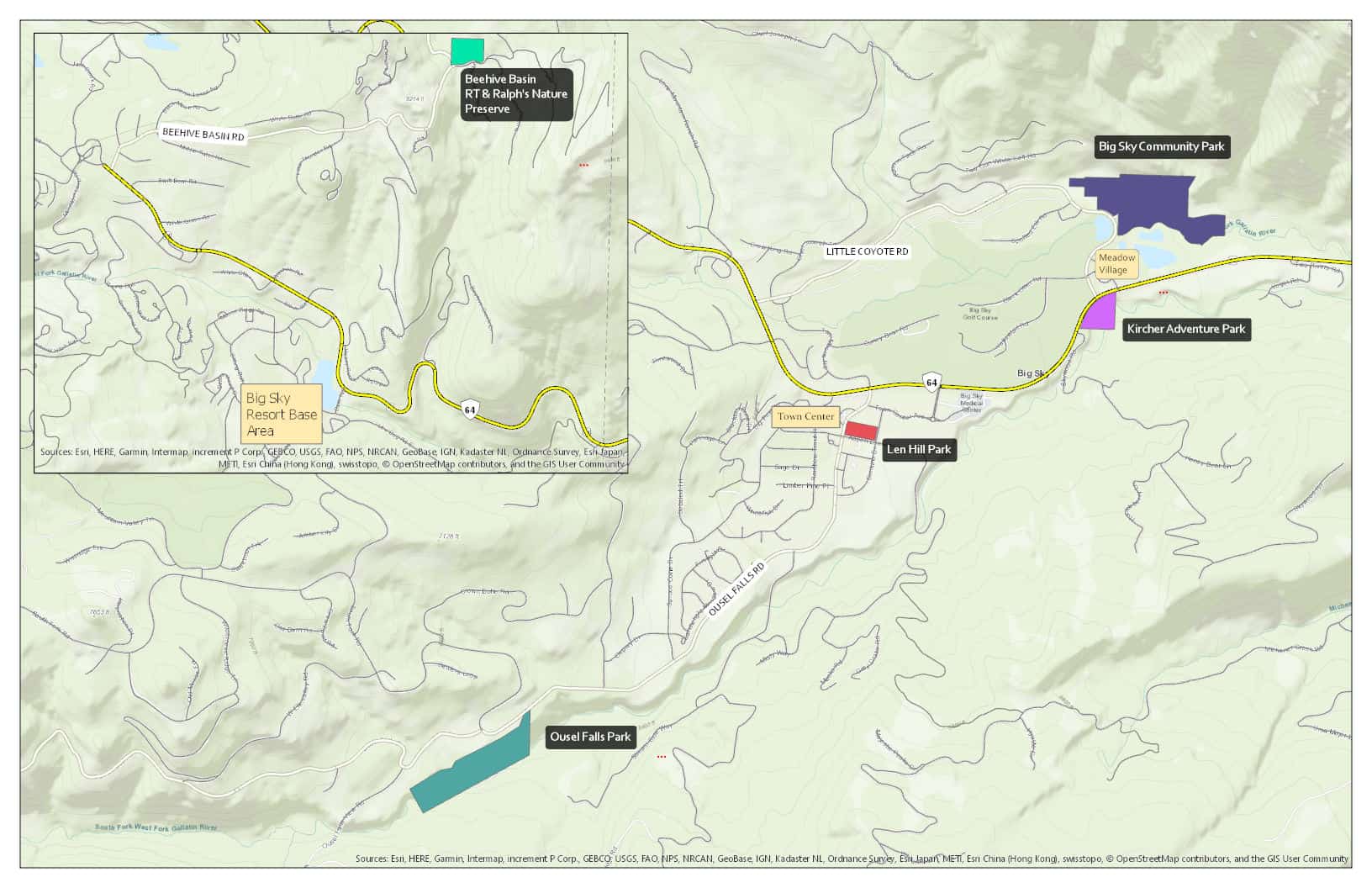